skip to main | skip to sidebar

I know...it's been forever since I last posted. Shame on me! Let's see if I can catch up a bit today. 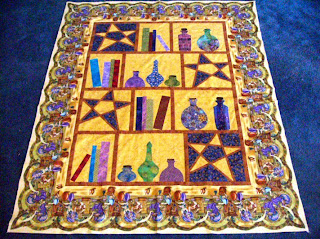 I finished Hailey's quilt top. I know the picture isn't very clear, but I probably won't bother taking another one until the entire thing is done. I have it basted and partially quilted. I had planned on quilting around the potion blocks this morning but I have been blessed by several orders the last couple of weeks and today had two to fill. Perhaps I'll find the time and energy after church tonight. 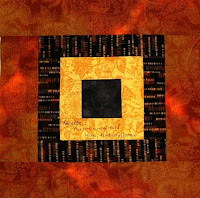 I shamefully didn't do the BOM at the guild this month. I did manage to make a block for a member's quilt that we are all working on. I've been nominated to be in charge of the BOM next year. Not sure how I feel about that. I was thinking of taking a year off. At least this position will be a bit more creative than the other two I've held.


We had a wonderful Spring Break with the kids. A few activities and outings...some great family time. We even took Flat Stanley along...those of you that have kids and/or read the book probably know what I'm talking about. :)


I have also worked on a few other quilty things: a baby quilt, the leaders and enders coffee quilt, etc. Each of them have their own sad stories that I will tell sometime when I've gotten over them. :/. In the meantime, I've developed a probably unhealthy addiction to a FB game called PackRat. Hubby used to tease me until he decided to give it a try...now he's hooked too. LOL!


I hope everyone has been having a wonderfully blessed month!

What a glorious weekend! 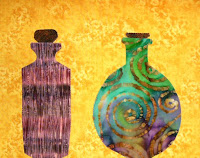 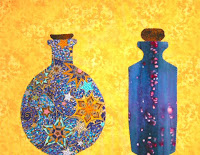 The weather this weekend was incredible. We received some heavenly snow fall both Saturday and Sunday. I wish it snowed more often like that in this area...maybe three or four times a year. 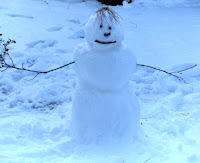 Get "The Jelly Maker"s Cabin" here...